This past weekend, The Sunday Telegraph Stella magazine published THE BIG BEAUTY ISSUE. It told us that when the liver is overworked, toxic waste products often show up in the skin as breakouts, spots and blemishes. On page 107, we were promised that by choosing specially selected foods that ‘feed the skin’, we could improve our liver function and therefore achieve a wonderfully flawless complexion. Sounds too good to be true! 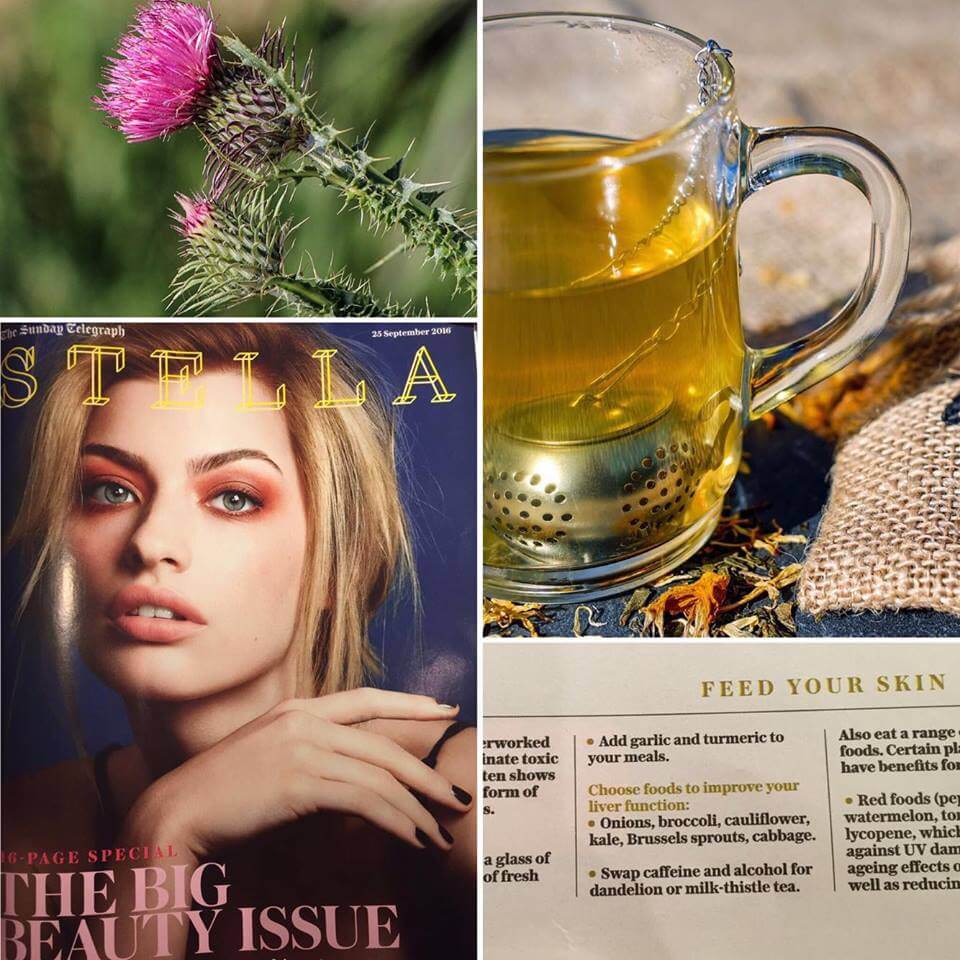 In particular, the article advised us to cut down on caffeine and alcohol- never a bad thing. It went on to suggest that these beverages were instead replaced by drinking  dandelion and MILK-THISTLE TEA! This sounds pretty unappetising to us at FTFs, but never quick to judge, we decided to look into the research behind the claim that milk thistle tea can improve liver function. Here is what we found…

How is milk-thistle related to liver function?

Silymarin is the active ingredient extracted from milk-thistle. It has been suggested that it may have beneficial effects in patients with chronic liver disease due to its proposed cytoprotective mechanisms (Luper S, 2007).

What does the research show?

A Cochrane review was conducted in 2007- this form of research is internationally recognised as being of the highest standard in evidence-based health care. The review concluded that studies investigating the efficiency of milk-thistle supplementation in patients with certain liver diseases had variable results, of which the majority were from poor quality trials (Rambaldi A et.al. 2007).

So why is milk-thistle still considered by some to ‘improve liver function?

The review concluded that ‘milk-thistle does not appear to be associated with adverse effects in individuals with liver disease’. In other words, although the study results didn’t show that supplementation improves liver function in certain liver diseases, it wasn’t found to have any harmful effects. Due to its safety profile, milk-thistle remains one of the most popular forms of Complementary Alternative Medicine for liver disease.

Is the Telegraph correct in making a sweeping statement that milk-thistle can improve liver function?

No they are not! This is not supported by robust scientific evidence, and therefore it is NOT a valid health claim. Dietitians are only able to promote evidence-based nutrition messages, and milk-thistle tea is not something we will be promoting anytime soon.

Like anything, if you enjoy the taste of milk-thistle tea, by all means drink it. However, the tea alone will NOT improve liver function, (and sadly) nor will is give you flawless skin- that’s as silly as it sounds!